In honor of our founder and inspiration, Tyghe Lindbergh Nielsen 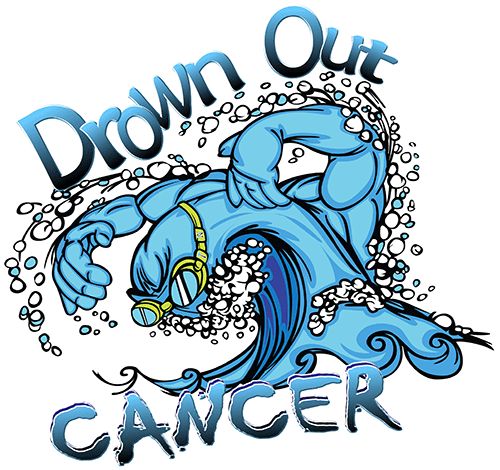 In honor of our founder and inspiration, Tyghe Lindbergh Nielsen
In Memory of

Tyghe Lindbergh Nielsen, 38, of Louisburg, KS passed in his home surrounded by his loving family December 3rd, 2015. Tyghe lost the final war of his near 6-year battle with cancer. However, his fight against this devastating disease will live on via the Drown Out Cancer Foundation.

Tyghe was born February 17th, 1977 in Farmington, MO to Leon Nielsen of Wamego, KS and Susan Dana of Sarasota, FL. Tyghe was raised in Goodland, KS until graduating from high school in 1995. Tyghe moved to Lawrence and received his Bachelors of Science degree in Biology from the University of Kansas in 2001.

While attending his senior year at KU, Tyghe walked onto the KU swim team. This experience was a defining moment in his life that taught him how to overcome the odds and persevere. Tyghe used this experience as his motivation throughout his life. While living in the Kansas City area he attended medical school, worked at Midwest Transplant Network, and obtained his private pilot’s license. In 2006, Tyghe achieved his doctorate in family practice medicine from the University of Kansas School of Medicine.

In June 2006 he married Karin Best of Pittsburg, KS, and became a stepfather to Kylar. That same year, they moved to Jonesboro, AR to begin his medical residency at UAMS Northeast. While in Arkansas, Tyghe and Karin added a daughter, Breck, in 2008 and son, Lincoln, in 2009 to their growing family. Tyghe completed his residency in 2009 and continued to work as an ER physician in the Jonesboro area. 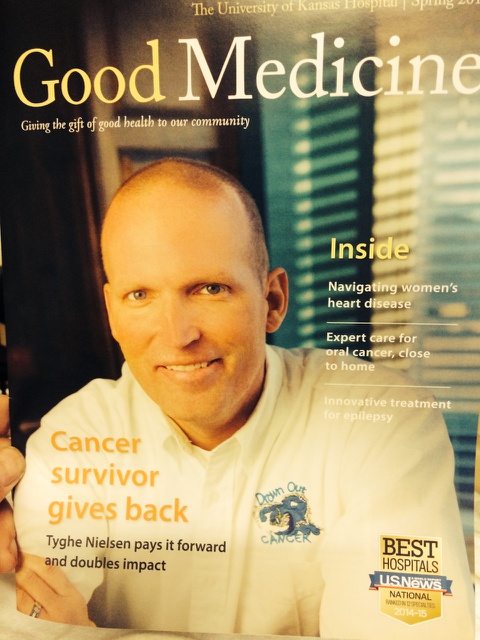 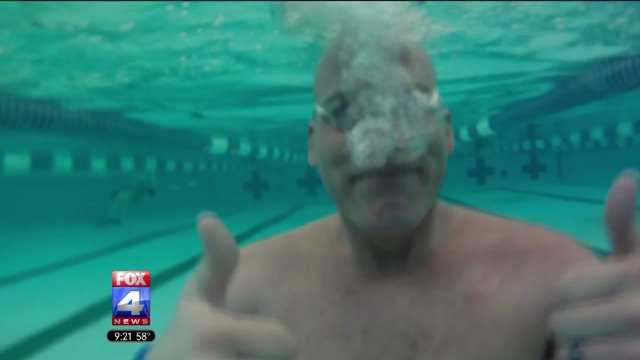 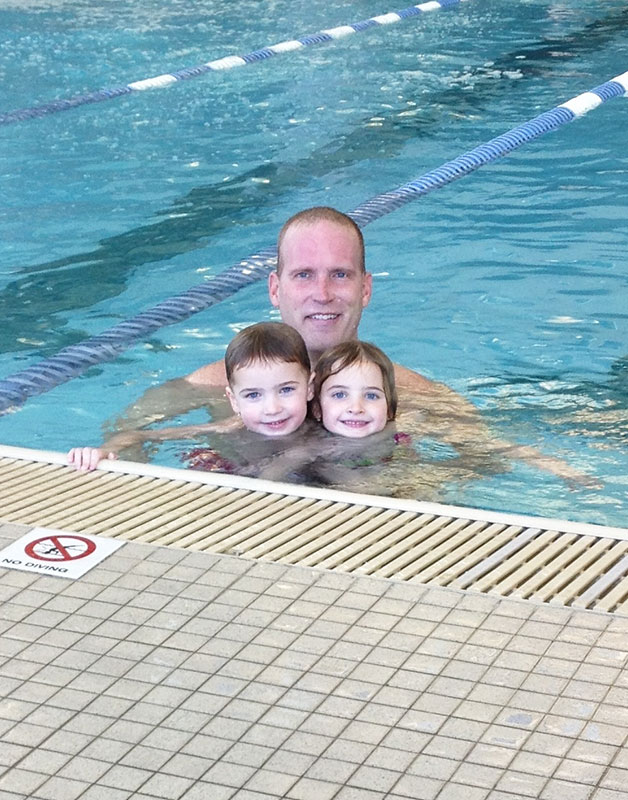 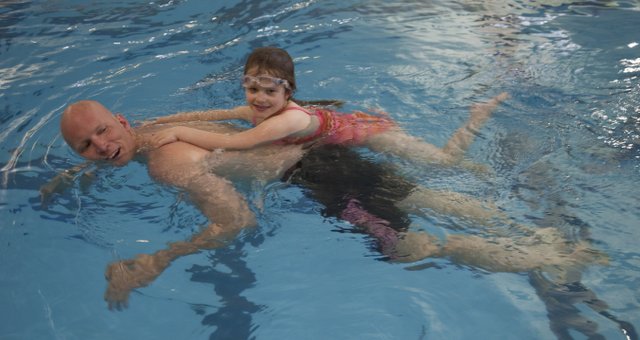 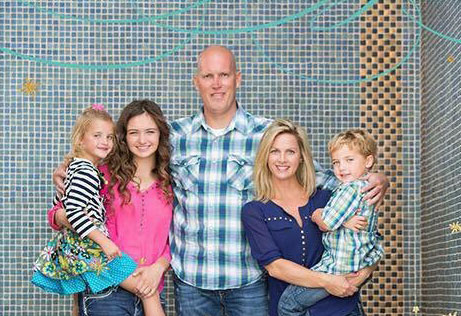 In February 17th, 2010, Tyghe turned 32, he and Karin opened BrightStar Healthcare in Overland Park, and Tyghe had his first surgery to begin his fight against stage 4 colorectal cancer. As Tyghe continued to fight this disease, the family chose to move to Louisburg, KS later that year. Tyghe worked as an ER physician in Pittsburg, KS and surrounding areas until 2012 when cancer prevented his ability to practice ER medicine.

Tyghe developed an entrepreneurial spirit while living in Jonesboro. The range of interests he pursued through the years included real estate, Clear 10 Vodka, and private investing. Tyghe’s mind never stopped thinking of ways to help support his family and friends. Tyghe’s interests in learning, educating, and inspiring others had no boundaries.

In 2013 the loss of a friend to cancer made a powerful impact on Tyghe. This inspired him to found Drown Out Cancer, a swimming based non-profit charity to raise money for cancer research. Tyghe’s near 6-year battle with cancer never ceased. While battling surgeries, to chemotherapy, to radiation, to clinical trials, he persistently pursued a cure with a passion to give back and create a cancer-free world. To date, the Drown Out Cancer Foundation has raised over a quarter of a million dollars.

Tyghe had a zest for life that is rarely seen. He lived more life in 38 years than most live in 80. His strong will, competitive attitude, integrity, and compassion were the characteristics that made Tyghe who he was. He was loyal to a fault, and never, never, never gave up. Tyghe is remembered by close friends as a lifetime member of the Buffalo Club as well as a member of the Steel Panther fan club.

I met Tyghe when I was 18 years old. Almost immediately, I realized that Tyghe was someone special. He was a young man that had highly formulated ideas about how to live life. He had dreams that were bigger and broader than anyone I had ever met. In the summer of 1996, we used to work out in the evenings, play basketball, and then often talk about our plans for the life that we saw stretching out before us.

Tyghe’s primary goal had always been to become a doctor. He set upon that course with vigor in eventually attending Kansas University, while I went on to Kansas State. We kept in close touch, often making the short drive back and forth for games or a night out. When Tyghe was a senior, he decided that he would like to walk on to the KU swim team. Tyghe had been a top swimmer competing during the summers while in high school, and now the desire came upon him to explore what was possible with that talent. He went and talked to the coaches. The head coach told him that in all of his years coaching there had never been a senior walk-on that made the team. It was, also, highly unusual for a senior to attempt such a feat at a Division I program. Instead of being discouraged, Tyghe asked if he could try out. He was fast enough, but they were still unsure if he had the commitment to stick to the grueling training regimen. What they soon came to find out was that once Tyghe set his mind to something, he could not be stopped. Tyghe made the team and was able to compete throughout that entire year.

Tyghe entered medical school, a challenge that would take the entirety of most people’s efforts, but not Tyghe. He took a job with the Midwest Transplant Network, a job that kept him out late at night travelling across several states with his team to save precious organs from organ donors. From what I could tell, he rarely slept. Tyghe pushed himself to the breaking point in order to excel in both his studies and his job. I often wondered how he did it, but this was only the beginning of what I would come to find Tyghe capable of accomplishing in his life.

Tyghe had always had an interest in flying. His father had his pilot’s license, and Tyghe saw this as his ultimate ticket to freedom and something that would help him save precious time in a life that didn’t seem to have enough. Far be it for him to consider this as too difficult to accomplish amidst his school and work schedule. He soon became a pilot.

By this time, we were both living in Kansas City, and he called me one night and asked if I wanted to fly down to Manhattan, KS to relive old times. I agreed, but before leaving we realized the weather was not going to comply with our plans. We decided to stay in KC and go downtown to meet a group of his work friends. Sometimes there seems to be a higher plan in place, for our detour that night would be fortuitous. When we arrived downtown to meet his friends, Tyghe met Karin Best, the woman that would soon become his wife.

The whirlwind romance that would follow was incredible for me to witness. My best friend who had really never had that much time to think about marriage was most certainly going to marry this woman. They were wed and Karin’s daughter, Kylar, became a big part of his life, as well. Tyghe welcomed and celebrated this new life that he had found.

Once completing the academic part of medical school, he began his residency in Jonesboro, Arkansas. He excelled, because one of Tyghe’s true gifts is relating to people. Tyghe soon gravitated toward working in the emergency room. He worked in the emergency rooms in the small towns around Jonesboro, who were in desperate need of doctors, when he had time beyond his residency requirements. Working in emergency rooms would become a way that Tyghe would touch so many lives. While I do not know even the half of what he has done for people, stories would get out about him calling up the electric company to pay a past due bill for a patient who needed to keep her insulin refrigerated. Later in his career, Tyghe would go from his home in Louisburg, KS to work in the Pittsburg, KS emergency room to help the victims of the tragic Joplin tornado. Tyghe’s heart for other people is very large, and he’s never hesitated to help a patient or a friend.

Tyghe would soon welcome a little girl and a little boy into his life, Breck and Lincoln. The love in Tyghe’s life seemed to be growing exponentially. Unfortunately, life threw a curve ball. At the age of 32, Tyghe was diagnosed with Stage IV colorectal cancer, and it was soon found to have metastasized to his liver. The odds he was given were bleak. For this to happen to a physically fit young father and husband seemed grossly unfair.

Tyghe began to fight the fight of his life. He called me and I remember my only thought was that if anyone could beat the odds, it was Tyghe. He went to MD Anderson in Houston to work with the best cancer specialists and doctors. He continued to keep himself in tremendous physical shape, as he exercised more than most normal people who do not happen to be on chemotherapy. He was determined to conquer this challenge that he would face down like he had with other tough challenges so many times before in his life. If it was a matter of effort or determination or will, then he would come out on top.

As time passed, Tyghe was no longer able to work in the ER. With brutal chemotherapy treatments ongoing, he could not continue to do what he loved. Every time life has put up a hurdle or a roadblock in Tyghe’s life, he seems to just jump it or turn it to his advantage. He began an interest in real estate, something he could do beyond the field of medicine. He not only learned everything he could about businesses, but he took the time to mentor me and some of our friends in learning what he was learning. Tyghe has always gone out of his way to give what he can to others. He enjoys helping others succeed.

This interest in business soon led him back to his love of people and healthcare. He moved back to the Kansas City area with his family and began a home healthcare business called Brightstar. While most people in his condition would have packed it in long ago, he was building businesses that would help far more people than he could ever help by himself in an emergency room. He has talked to me more than once about how in many ways cancer has been a blessing. It’s allowed him to tap into a potential he might never have discovered. This is just the type of man that he is, always striving to do more and give more to others.

Unsurprisingly, I received yet another call recently from Tyghe. He told me that he feels blessed to have been given this time he has had since his diagnosis. He never imagined the level of support he would receive from family and friends. At times, it was literally overwhelming to know so many people cared and were willing to do anything to help. He felt a deep desire and a need to give back. Even though he is the one fighting and struggling with cancer, his heart still cries out to do more.

He proposed that since swimming has been a lifelong passion and, also, a therapeutic source of comfort and exercise while he’s faced his battle with cancer, he wanted to create a cancer charity foundation that would benefit cancer research and treatment. Tyghe has passionately pursued this mission ever since that day. I can do nothing but admire this man. Tyghe is still undergoing treatments, and while he may not feel his best, he plans on swimming the entire 5 hours during his Drown Out Cancer event. I have promised my every effort to help him in his quest to fight this disease that afflicts so many of our friends and family members. I am convinced that this is the beginning of something very big in the fight against cancer.

by Dr. Steven Curley - Professor and Chief of Surgical Oncology at the Baylor College of Medicine
PDF